Home > About Sophia > Our Identity > Our History

From Chiara Lubich’s intuition to the present day

The Sophia University Institute was born out of Chiara Lubich’s intuition. Lubich (1920-2008) was the foundress of the Focolare Movement. Ever since her young years, she believed that studying would lead her to the truth, hence she decided to enrol in a Philosophy course at university. However, the outbreak of World War II forced her to give up on her plans and stop studying. Her quest for the truth was enlightened by the Gospel and soon found a new path – an active dialogue with God and humanity through the events of history. The idea of the SUI originated from this experience of knowledge through love, which, to this day, characterises the Focolare Movement’s approach to culture and study. 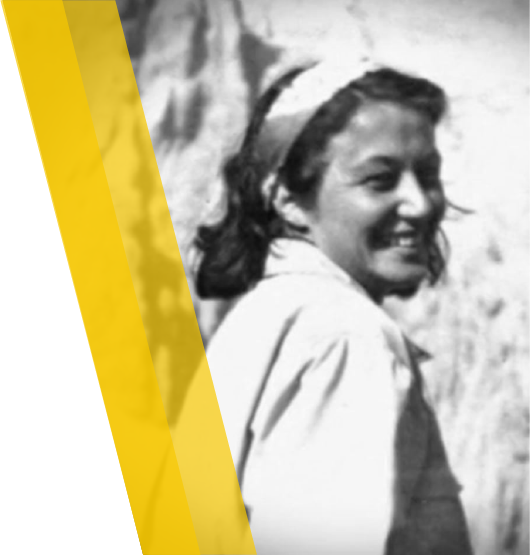 The Institute’s research method has been tested for years within the study and research group ‘Abba School’. The School was founded by Chiara Lubich in 1989 with the aim of developing a cultural doctrine based on the ‘charisma of unity’. It is composed of thirty university professors and experts in the fields of theology, philosophy, ethics, law, political science, economics, sociology, medicine, psychology, natural science, mathematics, communication studies, art, linguistics and literature, ecumenicalism and interreligious dialogue. They come from a variety of countries and cultural backgrounds and meet regularly. At the school, each discipline enters into lively dialogue with the others. Such trans-disciplinary framework grants equal value to the different methods and disciplines, and each of them contributes to build a comprehensive worldview. Truth – Plato wrote – is like a fire ignited by the spark that is produced when two stones are stricken, after a long communion of life. These words recall the Christian experience of the two disciples of Emmaus in their encounter with Jesus and describe a reality that can still be experienced today.

The ‘Summer School for a Culture of Unity’, held in Switzerland, Italy and Germany from 2001 to 2007, was a pilot experience in the application of the Abba School methodology to university-level study. The study programme, consisting of two weeks of class per year for four years, was intended for young university students from various fields, countries and cultural backgrounds. Fifty students took part in the experience every year, for a total of 250 participants from 37 countries. Many of them decided to pursue an academic career, bringing the knowledge and capabilities they acquired at the Summer School into their respective professions.

Since 2008, the Sophia University Institute has established itself as a centre of excellence in academic research. Its Master’s and PhD courses have attracted students from a variety of fields and cultural backgrounds, as well as professors and researchers from other institutions who have spent a period of time at Sophia. Every year, the Liber Annualis documents the work of the Institute and its scholars, as well as the qualifications earned by the students. Other publications include the six-monthly Sophia academic journal, the Universitas essay series, and the more comprehensive Per-corsi di Sophia series, a collection of interdisciplinary research papers and lectures from the Institute. Through its Thematic Programmes, Sophia wishes to give a wider audience the chance to participate in its academic and cultural activities. The programmes include seminars with some leading contemporary scholars and public figures. Other research seminars include the annual Study Seminar (the proceedings of which are published on the Sophia journal), which involves the whole Institute, and other seminars and events promoted by the departments.

A significant achievement has been the signing of collaboration agreements and protocols with other ecclesiastical and civil academic institutions, both in Italy and worldwide, granting the mutual recognition of credits and qualifications in compliance with the guidelines for participation in the Bologna Process. The Institute also organises Summer Schools, advanced and qualification courses, both in Italy and worldwide, in collaboration with the Focolare Movement, diocesan institutions, associations and academic institutions.

Menu
X
We use cookies to ensure that we give you the best experience on our website. If you continue to use this site we will assume that you are happy with it.Ok