Ecumenism and care of creation

At Halki and Istanbul together, for the future of the planet

The fifth “Halki Summit” entitled “Sustaining the Future of the Planet Together” has come to an end. This international and interdisciplinary conference took place from 8 to 11 June 2022 and was co-organized by the Ecumenical Patriarchate of Constantinople and the Sophia University Institute. Inspired by the prophetic magisterium of Patriarch Bartholomew and Pope Francis, participants appealed to their Churches and to all those who care about the common home.

«Sincere communication and mutual attentiveness – the final document states -, as well as the open exchange of ecclesial approaches and reflections experienced throughout our summit, have led us to discover that we are at a decisive turning point for the future of the human family, in which our Churches are called to play an essential educational role through the “Global Compact on Education.” The challenge or opportunity to which we are called is that of developing a shared ecological ethos. As artisans of peace and fraternity, we seek to implement good practices, committing ourselves to work on interdisciplinary pathways for the formation of new paradigms that can interpret and transform reality. In this way, we aspire to overcome the culture of waste, knowing that what we do to our world “we also do to the least of our brothers and sisters” (Mt 25:40)».

The final statement includes the exhortation of Ecumenical Patriarch Bartholomew: «Always remember that our vocation as Christians is about making and reinforcing connections: between ourselves and all of God’s creation, between our faith and our action, between our theology and our spirituality, between what we say and what we do, between science and religion, between our beliefs and every discipline, between our sacramental communion and our social consciousness, between our generation and the generations to come, just as between heaven and earth, between our two churches, but also with other churches and other faith communities».

Sophia’s delegation was guided by Rector Giuseppe Argiolas and Prof. Piero Coda and included about thirty members of the University Institute. It made a crucial contribution to the success of the summit.

Don Vincenzo di Pilato, who was part of Sophia’s delegation, wrote this summary report of the events for focolare.org:

Yes, it was January 2019 when a delegation of the Sophia University Institute visited Ecumenical Patriarch Bartholomew in Fanar, the historic Greek district of the current Istanbul (Turkey). Back then, we also received a warm welcome from Metropolitan Elpidophoros of Bursa, the then Abbot of the Holy Trinity Monastery on the island of Halki and professor at the Theological School of the University of Thessaloniki (in the following May, he became Archbishop of America). We experienced a profound communion with him which resulted in the desire to organize together a summer school at Halki with Catholic and Orthodox students and professors about ecology, which is very close to the heart of the sister churches of Rome and Constantinople.

The pandemic only postponed it. Today, this dream has come true.

It is Wednesday 8 June 2022, 6:30pm, and we are once again in the “queen of cities” – as people used to call the majestic city of Constantinople, with good reason. Patriarch Bartholomew addressed an intense and enlightening welcome to participants, students and professors coming from all continents and from different interdisciplinary and ecumenical backgrounds.

Next to him are Msgr. Marek Solczynski, the new Apostolic Nuncio to Turkey, Msgr. Vincenzo Zani, Secretary of the Congregation for Catholic Education, Archbishop Elpidophoros and Margaret Karram, President of the Focolare Movement and Sophia’s Vice-Chancellor. “Everything is in a relationship of love” stated Margaret Karram referring to the destiny of unity guarded in the universe that men and women are called to favor with bold and prophetic actions and thoughts, now more than ever. The title of the fifth Halki Summit co-organized by the Ecumenical Patriarchate of Constantinople and the Sophia University Insitute, which started on June 8th clearly illustrates it: “Sustaining the Future of the Planet Together”.

It is no coincidence that Patriarch Bartholomew focused on two words of the title: “future” and “together”. The first word recalls the strong intergenerational bond inherent in the respect of the environment we live in. Differently, the second word refers to the imperative interdisciplinary approach to be adopted in the broad and complex ecological issue. The Patriarch said: “Therefore, it becomes abundantly clear that only a cooperative and collective response- by religious leaders, informed scientist, political authorities, educational institutions, and financial organizations- will effectively be able to address these vital issues of our time”.

At the end of his speech, he also referred to two concepts that are very important to Orthodox theology and spirituality: “eucharist” (as “giving thanks” for the gift of creation) and “ascesis” (as “self-control” of consumerist passions). The Patriarch encouraged participants to not simply think of these concepts liturgically or monastically but as different ways of speaking about communion. “And here is where the vision of our brother Pope Francis- he admitted with emotion- coincides with the worldview we have proposed and promulgated for over thirty years. Both of us are convinced that what we do to our world ‘we do unto the least of our brothers and sisters’ (Mt 25:40), just as what we do unto others, we do to God Himself (Mt 25:45). It is no accident that, immediately after publishing his environmental encyclical Laudato Si’, the next encyclical issued by Pope Francis was Fratelli Tutti”.

Indeed, the Pope and the Patriarch issued several joint statements- together with the Archbishop of Canterbury – about the urgency of environmental sustainability, social impact and the importance of global cooperation. This is what Pope Francis wrote in Laudato Si’: “When we fail to acknowledge as part of reality the worth of a poor person, a human embryo, a person with disabilities…, it becomes difficult to hear the cry of nature itself; everything is connected” (n. 117). And the Patriarch explains it by contextualizing: “Connections between ourselves and all of God’s creation, between our faith and our action, between our theology and our spirituality, between what we say and what we do, between science and religion, between our beliefs and every discipline, between our sacramental communion and our social consciousness, between our generation and the generations to come, just as between heaven and earth, between our two churches, but also with other churches and other faith communities.” Yes, everything is connected by a bond that only mutual love between people can show to all men and women on wonderful planet earth. 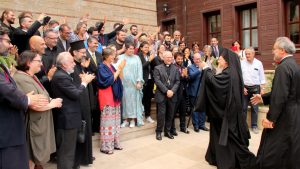 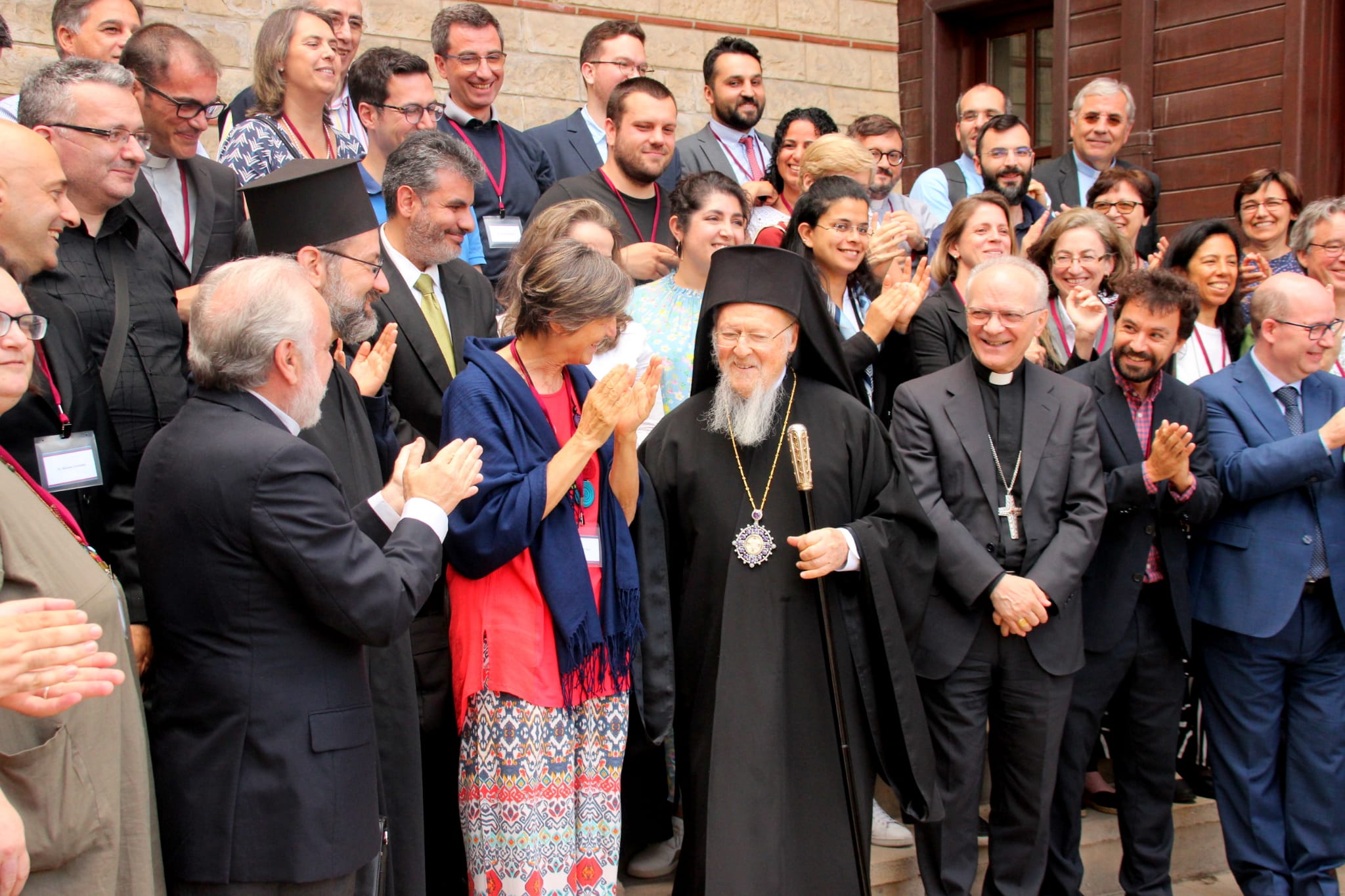 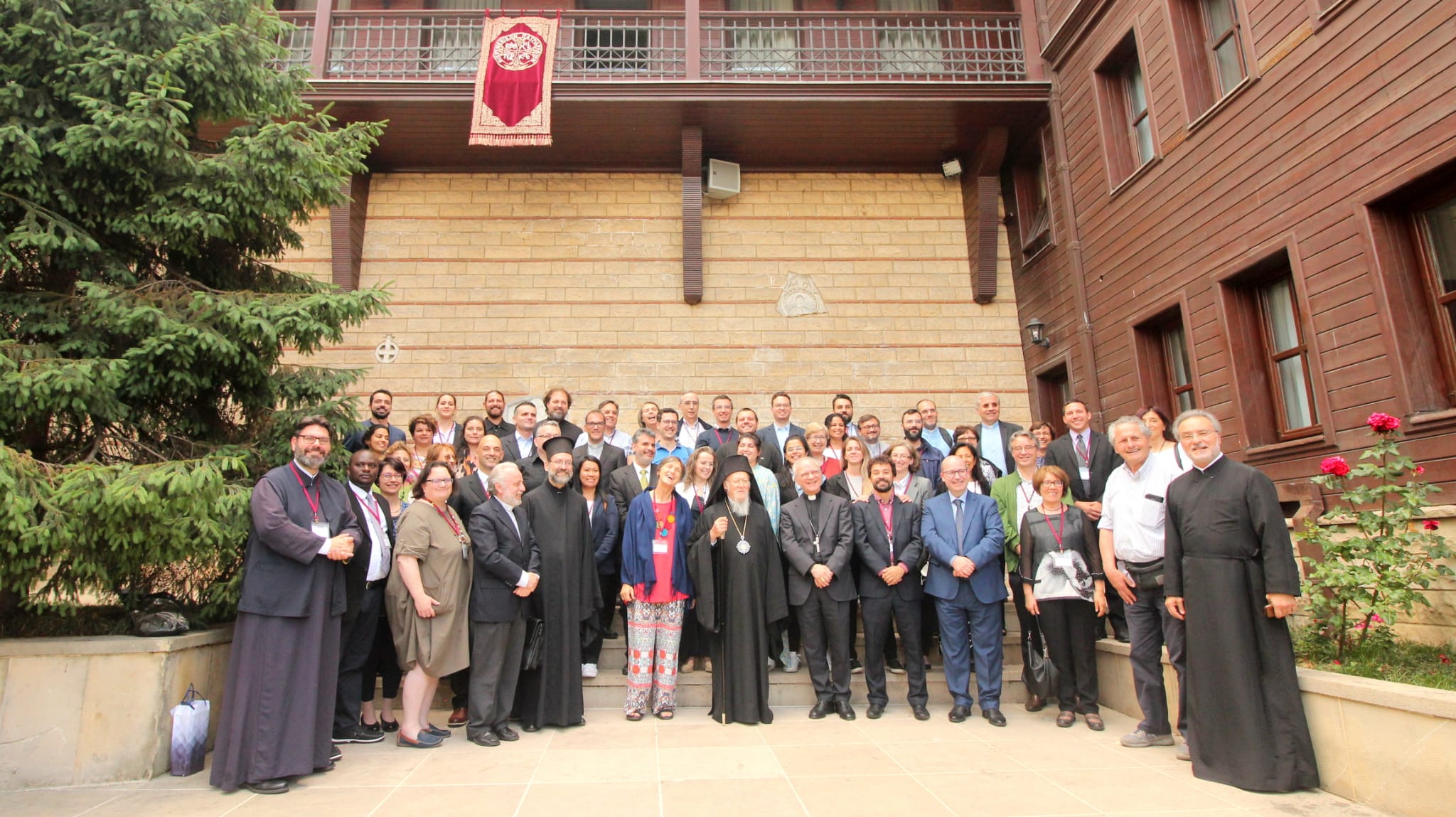