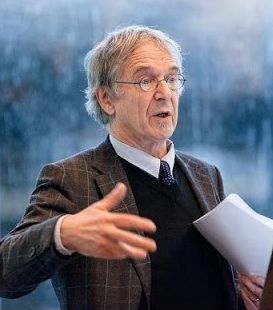 Department of Social and Political Sciences, Economics and Management

European Challenges to the Process of Globalisation

He has an international profile and interdisciplinary academic background with a broad and long-lasting research and multi-lingual teaching/research experience in European studies and an international publication record. His main research interests relate to the broad area of value-oriented integration studies with a focus on the relations between economy, polity, culture and society from a global, European and local perspective and their wider societal impact.

Apart from his teaching activities at various European universities, he is an appreciated speaker at international conferences on European issues. He has been an expert to the Council of Europe and still collaborates with the European Commission in relation to European education and intercultural dialogue issues as well as with the Committee of the Regions in relation to multilevel governance. He participated to the EU High Level Advisory Group on “Dialogue between Cultures in the Euro-Mediterranean partnership” and cooperated with the Anna Lindh Foundation on Intercultural Citizenship Education in the Euro- Mediterranean area.  He collaborated with Unesco’s Programme of Action for a Culture of Peace and non-Violence. He is also the president of Europahuis “Ryckevelde”, a not-for-profit organisation dealing with European citizenship in Bruges (B) and member of various international scientific and advisory boards.

He has written many articles and edited/published books on various European related issues. His most recent publications are “Intercultural Dialogue and Multi-level Governance. A Human Rights Based Approach” (Sept. 2012), “A Value Driven European Future” (Nov. 2012), and “Globalisation vs Europeanisation: A Human-centric Interaction” (Sept. 2013), all published with Peter Lang, International Academic Publishers. He is also the director of its Series “Europe of Cultures” (subseries “Europe of Dialogues” and “Europe of Living Stories”), published by Peter Lang, International Academic Publishers.

Publications
Notice
Menu
X
We use cookies to ensure that we give you the best experience on our website. If you continue to use this site we will assume that you are happy with it.OkRead more