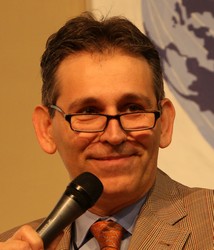 Dept. of Social and Political Sciences, Economics and Management

From 1999 to 2014 he has served as scientific director of the MAS program Net-MEGS.

From 2008 to 2014 as chair of the international Summer School in Public Health Policy, Economics and Management, an initiative supported (through scholarships) by the Swiss Development and Cooperation Agency and considered as one of the most successful regular activities of the SSPH+.