«I fight them openly. I have chosen to stay in my land». EN / IT

Interview with Francesco Emilio Borrelli on the Camorra and on his political commitment.

In the last regional elections in Campania on 20 and 21 September 2020, in the constituency of Naples, Francesco Emilio Borrelli collected around 16,000 votes and was re-elected as a councillor. He led the list of Green Europe – Demos Democrazia Solidale. For over 30 years, Borrelli has been the protagonist of many civic battles, engaged in student movements, as a journalist in civil society and as a politician. «Fighting incivility, illegality and crime to the point of extirpating them from our territory, thus returning it to the good people who truly love our land» … these are the reasons for his commitment, which aim at a healthy coexistence in the public space, with a special attention for those on the margins of society. A fight that has demanded sacrifices from him and continues to expose him to the threats of organized crime. We interview him not to support his party, but because we think he is a genuine example of a political vocation.

Looking at your history, what stands our are your activities in student associations, your commitment for the environment, as a journalist, as a politician … Is there a common thread in all this? what prompted you to make these commitments? And what is the goal of your political choice?

«My commitment comes from afar, because I started doing political activity in middle and high schools with the Panther movement [movimento la Pantera] and the Neapolitan students association against the Camorra [l’Associazione studenti napoletani contro la camorra]. I think it is due to the social and cultural humus in which I grew up, and I have a very strong passion for direct involvement in politics and for the defense of the environment. My commitment is also linked to an anger that has grown over the years against injustices of all kinds that I see in my territories because of the perpetration by the Camorra. Also, I have always believed in environmentalism, next year it will be 30 years since I am a member of the same party: “The Greens”, which is exceptional in this country, since people change parties very easily. It has been a journey that continuously kept on two tracks: that of civic-political and environmental commitment and that of my profession as a journalist».

Your political activities are mainly aimed at ‘vulnerable’ subjects, who find themselves in situations in which help from the community can be considered essential, if the aim is to ensure a healthy public space. I’m thinking of your commitment for women’s rights, in particular in situations of exploitation for prostitution, the insistent request for transparency in public procedures and public tenders, scholarships for students, animal rights, environmental and health risks associated with the storage of waste. Why this focus on the vulnerable?

«Abuse inevitably leads to injustice and violence. So my choice will always be to put myself on the side of the weakest. This doesn’t mean that the weaker is automatically a person exempted from respecting the rules. Because in some cases it is said: “I am poor so I can go and be a criminal”. No, being poor does not mean having a derogation from behaviours of social respect and respect for the territory. “I am poor, I can devastate the monuments”. These are not actions for the poor but they are excuses for delinquents who in the name of a false poverty think they can do what they want».

And what about the people with disabilities, you’ve stood up for them on many occasions.

«I think that in this regard our country is particularly hypocritical. We shout out: “poor person, he has no legs, a wheelchair, poor thing, how will he walk?” But it happens to me almost daily to argue with people who park without having the right in the places of the disabled or in front of the slips that allow you to get on the sidewalks, with the usual excuse: “but where do I put the car?”. Put it where you can, where you want, but not on places intended for the weakest. The worst of all are those who have fake permits for the disabled or who take disability pensions unjustly».

In order to carry out your commitments, you must face the confrontation with organized crime and with a culture that on many occasions has shown that it is still influenced by it. An exemplary problem in this sense is illegal parking: how to deal with it today, in Campania?

«As far as I’m concerned, my motto here is that of the former mayor of New York, Giuliani: “Zero tolerance and maximum punishment”. This doesn’t mean that we don’t need to recover and help who can be recovered. But most criminals will always be choosing this kind of life. I’ve shown what the violence and arrogance on the part of illegal parking attendants brings about. Often these persons have ties with the Camorra, and in most cases they are not poor people at all, people who have to survive the day as it’s been suggested. They earn € 100-150 per day, tax free. They live off society blackmail, but in their homes they have plasma televisions, designer shoes … Because they pay nothing and take everything from society. They are the emblem of what is wrong in Campania, in our time».

These commitments of yours have a price. You experienced an attempt on your life, your mother received threats, they set fire to your moped. Have you ever thought about quitting? Why didn’t you? Certainly the consensus you received in the last elections shows that many citizens have understood your commitment and support you …

«Some criminals, who go on television to represent the “malanapoli ” [badnaples], as I say, are not true Neapolitans. They were born by chance in Naples, in Campania. My people are a noble people, made up of people who work, who are honest and who are committed every day for others. Unfortunately, over the years there has been a great growth in the delinquent, scoundrel, swindler and cheating part of society. I fight them openly. I chose to stay in my land. More than once these criminals have invited me to leave. My answer is: you have to go, and they probably have to go to jail. They can’t bear the idea that an alternative movement is being created. I can’t say I’m not afraid, because I am afraid of these people! I fear them! They are bad people, people used to hurting others, who hate you. People educated to be bad».

What has been the role of the state?

«If there is a great responsibility of the state, it is that of having been too weak with the criminals; of having been too permissive with the families of criminal camorrists who raised hordes of children to become new criminals. Over ninety percent of the children of camorra become camorra. And we can’t afford it. I didn’t go away because I chose to live my life here: I’m not leaving, they have to go. It is a public, frontal, surefooted and absolutely transparent challenge towards the Camorra who unfortunately politics very often not only did not fight, but had as allies to get their votes ».

Pope Francis describes corruption as “the worst social scourge, which dissolves the validity of relationships, corrodes the pillars on which a society is founded, that is the coexistence between people and the vocation to develop it, replacing the common good with a particular interest that contaminates every general perspective “. Corruption and organized crime oppose fraternity, and constitute its antithesis, the exact opposite. Fraternity and the recognition of the other as having equal dignity and value constitute, I think, on the social level the value capable of guaranteeing “peace and balance between justice and freedom, between rights and duties”. In this perspective, corruption and organized crime really represent “the death of fraternity”[1]. Do you have a comment on this aspect, starting from your political commitment and the context in which you work?

«I think Pope Francis is a great pope, I think that together with Leonardo Di Caprio, the actor, he is the greatest environmentalist of our time. Pope Francis has shown that example is the most important thing for those who want to be credible, for those who want to be a spiritual, political, social, institutional and cultural leader and guide. However, there is a theme. Unfortunately, corruption is everywhere. We have recently read of people of the Church who, instead of doing as Pope Francis has always said, that is “to take care of the least”, were doing business. So, the theme is that either the best part of the Church, the best part of politics, the best part of society, begins to set an example again. If not, our world, both from an environmental and a social point of view, is destined to die faster than we can imagine today. The COVID pandemic is proving it. The extension, the growth in spread of the disease, is mainly due to the selfishness of man, to the behaviour of those who do not wear a mask because they don’t care to infect others, of those who do not maintain social distancing because they absolutely cannot give up to have a beer in the evening, to those who, despite the precautionary rules, celebrated Mass without following them, infecting the faithful. Here: that part of society is largely responsible for the spread of the disease. Pope Francis was right when he said: we wanted to be healthy in a sick world, let us take care of the world and therefore also ourselves, otherwise decline is inevitable! ». 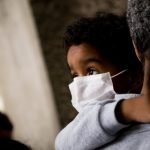 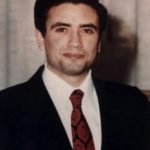 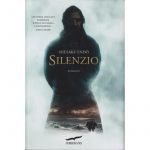 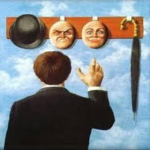