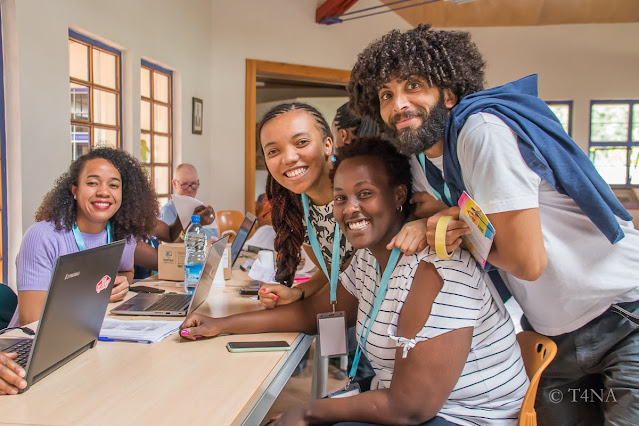 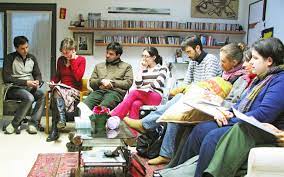 Last night I got an invitation to spend the evening with some students at Sophia University where I teach for the last one year. A Lebanese Christian doctoral student cooked an excellent dinner according to some recipes typical of her land and a Brazilian contributed with her dish, while a French woman arrived with a kiwi cake. We spent the evening in an atmosphere of great serenity and with a rich sharing of cultural aspects of the different worlds of origin of these students: France, Chile, Brazil, Madagascar, in addition to the aforementioned Lebanon, and, of course, Italy. Towards the end of the sharing, an Algerian Muslim student arrived. He had just began fasting. 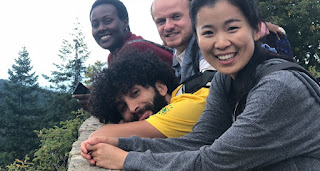 He carried the Koran, after breaking the fast of the first day, and praying. He told everyone about his experience of the day and the evening spent in a spiritual atmosphere. There have been many questions from others. A moment of sharing but also of formation in the intercultural and interreligious dimension. I sincerely enjoyed the scene. The world of today was already flowing before my eyes. These young people, all between 28 and 35 years of age, mature, some with work experience behind them, coming from so different worlds and all convinced of their faith (Christians and Muslims) showed me how Ramadan, for them, is already part of the social, cultural and personal panorama of the world. Moreover, they are engaged in preparing to face these realities and complexities even with the studies they are completing. 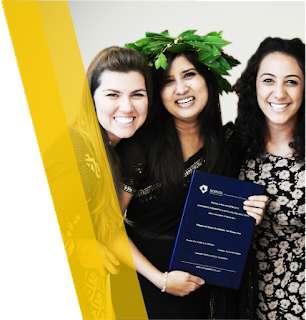 A great lesson that I received last night. But also a great consolation. In recent months, I teach some of these students, a course entitled Theor-Ethics for a culture of dialogue. The hours spent together last night, even if not in the classroom, were undoubtedly an important lesson.  It was certainly formative because it was experiential. This morning I received a whatsapp from the Lebanese student who commented on the evening, saying to me: “What beautiful people!” Therefore mutual appreciation between each and every one. Yet that is not all. The proposal was born to try – for those who wish and with complete freedom – to have, in the coming weeks, a day of fasting and, in the evening after sunset, meet again to celebrate the so-called iftar dinner together. I hope we can make this program happen. It would seem to me a further enrichment and, above all, a fraternal sharing that does not create confusion between religions and their followers. Rather, it is the possibility of letting each experience what they live and in what and how the other believes. All this can only bring greater respect and deeper appreciation of both people who believe differently and their respective faiths. 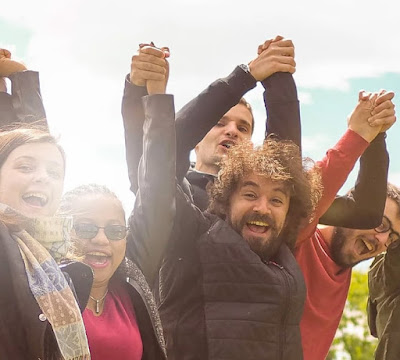 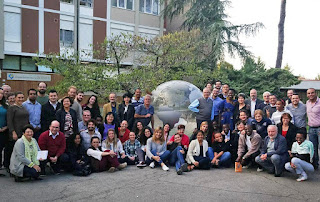 I would not have imagined starting Ramadan like this, in 2022. In recent years, I had often received invitations for iftar dinners already at the end of the first or second day of fasting, but this year I found myself living an intercultural experience with young students, which involves also interfaith dimension. Above all, I saw the fundamental importance of what it means to create a serene environment for meeting and sharing where identities are precise and do not blur and where situations are experienced. In this way, they are perceived as enriching rather than, as often portrayed, potentially or truly conflictual. The beginning of Ramadan can be an opportunity for reflection not only on this dimension of the Muslims who now live permanently in our cities and in our countries, whom we cross on buses and on the subway, whose children study in schools with ours. The most significant celebration of Islam offers us a precious opportunity to ask ourselves whether even this moment – sacred for another religion – cannot be a concrete opportunity for dialogue and discussion to learn and get to know each other and, of course, discover aspects that we did not imagine. Everyone can place these important bricks in the building site for peace and fraternity.